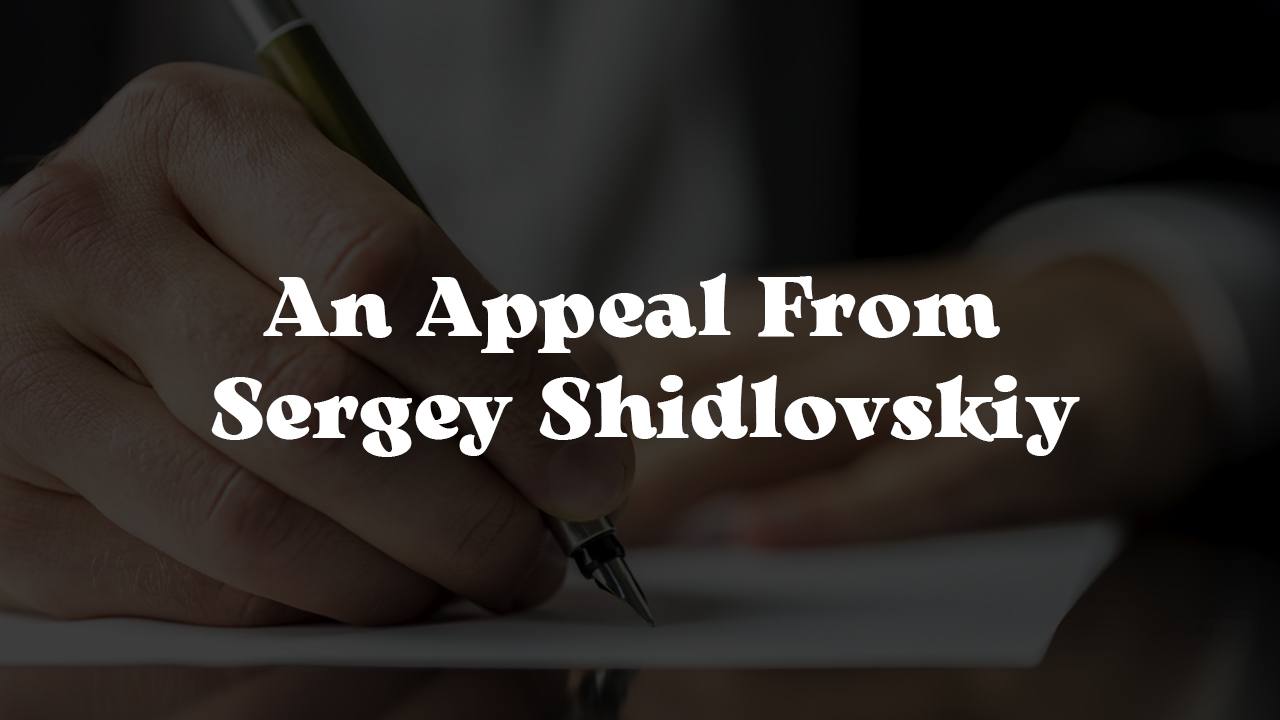 Sergey Shidlovskiy regarding the activities of Maksim Torgashov, head of the charity organization «House of Mercy» (Halastusmaja MTÜ).

An appeal to the pastors and churches of Estonia, to the local government of Aseri village and Viru-Nigula Parish (Estonia), to the leadership of the non-profit charitable organization ToiduPank, to partners of the International Prayer Movement “God Seekers Movement,” to partners of the charitable organization «House of Mercy» (Halastusmaja MTÜ) and to everyone who has been affected or may be effected in the future.

The reason for this appeal was a letter from the inhabitants of the village of Aseri (Estonia). Below I provide an abbreviated text of the letter.

We, residents of Aseri, appeal to you to expose Torgashov’s activities in the eyes of the public, whom he misleads, diligently creating for himself a reputation as a charitable benefactor and a Christian. In real life, the words and actions of Maksim are not consistent with the image of a believer. <…>

In the village there are a lot of people offended and humiliated by him, many of whom he threatened and intimidated. <…> Also, we believe that Christianity and charity for Maksim are just a cover for making money. <…>

We ask you to open the eyes of the public, the churches that support him, and the people who donate finances to him, thinking that they are doing a good deed, that who Maksim Torgashov actually is in reality is a disgrace for all Christians.

Brief Description of the Situation.

With sorrow in my heart, I must confirm that the letter from Aseri residents regarding Maksim Torgashov has substantial foundation. Until today, I have refrained from making such a statement, again and again giving Maksim a chance for repentance, and showing mercy to him.

During our time living in Aseri, we saw that Torgashov systematically displayed:

Based on the above, after the execution of the Biblical order of reproof and correction, I CALL Maksim Torgashov to stop any Christian and charitable work in order to undergo rehabilitation. I believe that his return to Christian service and charity is possible only if the truth of repentance is proven by fruits over a long period of time with confirmation from several recognized pastors who are ready to take responsibility for it.

I ask the pastors of Estonia and other countries to stop all interaction with Maxim Torgashov on the basis of 1 Timothy 3:1-11 and 2 Timothy 3:1-5.

I ask the government of Aseri village and Viru-Nigula volost (Estonia) not to support Maxim Torgashov’s charitable projects with finances or other means.

I ask ToiduPank to stop distributing food aid through his organization.

I ask charities to stop supplying him with humanitarian aid.

I ask the partners of the charity organization «House of Mercy» (Halastusmaja MTÜ) to stop financial support.

I ask Christians to unsubscribe from his pages on social networks, etc. the information on them does not correspond to reality.

I leave everyone the right to act according to their own conscience.

From personal experience, I have experienced that support and communication with Maxim Torgashov negatively affects your reputation, and by this we prevent changes in his life, and moreover, we participate in his sins. Without holiness no one will see the Lord (Bible. Hebrews 12:14).

The Appeal was supported by:

You have successfully subscribed to the newsletter